Over the past few months, some inquiries have been made as to whether Adélie is still being actively developed. A quick perusal will show Git being very active, but Git isn’t a release. The short answer is that yes, Adélie is still extant and we are very excited for the progress that has been made.

Most of our blockers for the 1.0-ALPHA1 release have been solved. What remains is the last bit of on-hardware and virtualisation testing. A few version bumps have also occurred, including KDE Plasma 5.8. We have already changed our upstream to the more fast-moving Galapagos Linux, which is a fork of Gentoo Linux. 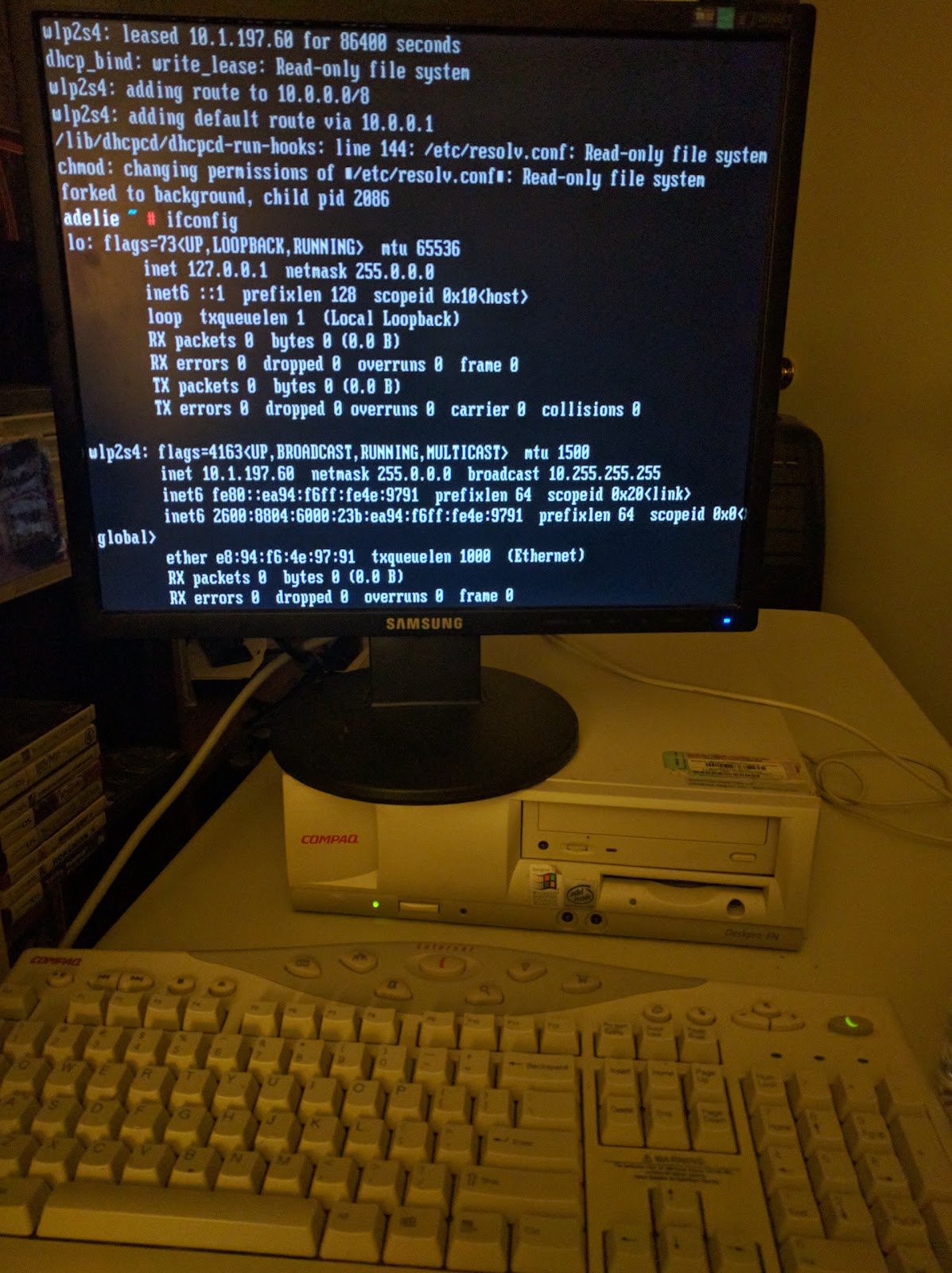 We have also successfully tested wireless networking as working fully on supported chipsets on the Linux 4.4 kernel. I have personally done testing on some more “extravagant” setups, including a Pentium III with an ath9k-based 802.11n card (pictured), and all have been quite performant and worked without any issues.

Keep an eye on this space. ISOs for i686-class machines and x86_64 should be released this weekend, and with any luck, PowerPC builds may also be available in the very near future.

Adélie is an independent Linux distribution committed to integrity, privacy, and user freedom. Your donation might be tax-deductible.